Copious surveillance storage is crucial for many users. It lets people view past videos and present it as proof when theft or crime happened. Enter, Zmodo 8 Channel 720p HD Security Camera System. It’s a camera unit that can hold 1T worth of file size and comes with a pre-installed 500GB hard drive. Families and folks can replay videos around six weeks or so with their phones and tablets with Zmodo app despite being remote. 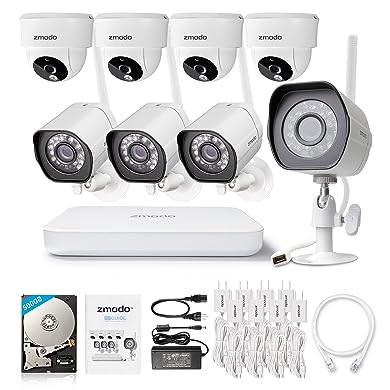 Having a mass storage space is what makes Zmodo stand out of the crowd. Users can record any rowdy pets or sneaky personas indoors and outdoors for up to 45 days. Speaking of security, its half-a-terabyte cloud storage will place people at ease, because it encrypts a significant amount of data in one secured place. Its eight-channel camera lets you take a glimpse of the room with 115 degrees, 24/7, and delivers superior performance.

Focal points of the device

The 720P wireless camera can record large sizes and is quite viable in playing saved videos. Through an IR cut filter, it delivers a powerful rendering of images whether it’s day or night. You don’t need wires for you to plug on network video recorders (NVRs). Just plug the camera into a nearby outlet for it to work and punch ON the WiFi to let users view live streamed videos on their PC or phones.

Because it already has worth of 500GB in its cloud storage, installing external drives are a lot easier. Just plug into a power source and turn on your WiFi to download the Zmodo app. Let it install and connect your camera to your PC or phone, and you’re ready to go.

The 720 P HD showcases to users a crisp and clear resolution of day and night video footages. Zmodo indoor camera allows viewers to see things of up to 20 feet, while the night vision lets users have a glimpse of the dark for around 65 ft. The angle for viewing in outdoor spaces gives people a scene of up to 81 degrees; while indoors have a max of 115 degrees. Other than that, the playing of captured footage has less lag due to the archiving capacity of the device.

A terabyte can already save videos of up to 60+ days if users know how to archive properly. Its smart-recording feature saves around 80 percent of the hard drive and lets people share and view videos on their PCs and phones. Saving videos can be a lot expensive especially when users are forced to buy external hardwares for it. A camera with spacey storage can help reduce those costs.

The camera has already installed hundreds of GB, and would, therefore, offer 24/7 live streaming of videos. Zmodo has an introductory pricing for each package to unlock more features. Some of these let people choose over seven to 30 days’ worth of cloud recordings and alert videos storage. 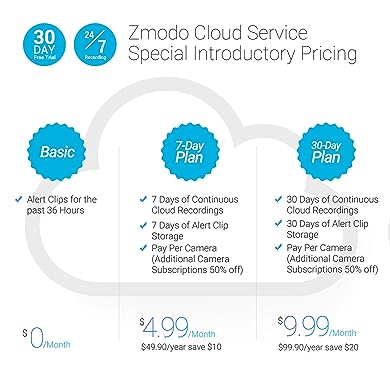 There are two designs of the Zmodo camera. The first one is the dome and the other is your normal-looking CCTV camera. The dome-shaped cameras of the Zmodo can’t be controlled or adjusted with the app. However, it can be set manually around 80 to 115 degrees.

Zmodo can withstand different weather conditions from 14 degrees to 122 degrees Fahrenheit. It is considered to be four times more weatherproof than most cameras. 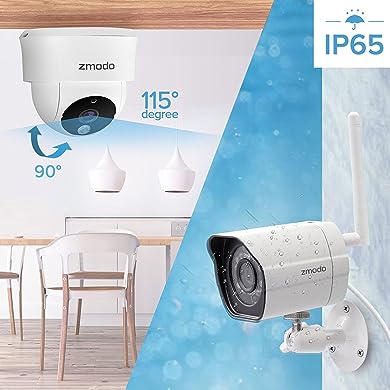 To sum it all up

The Zmodo 8 Channel 720p HD Security Camera System targets users who want to play, replay, and record videos for a long time, by storing it on their hard drive or cloud storage. The Zmodo camera is packed with great features, but it’s not all flawless. All in all, what lacks in the camera still makes it an excellent monitoring device to keep your home or business secure and safe.